Irish Life Health is the newest entrant to the health insurance market having launched in August 2016. Irish Life Health came about through the purchase of Aviva Health together with the remaining shareholding of GloHealth (the Irish Life Group already owned 49% of GloHealth). In spring 2016 Irish Life  purchased Aviva Health who had operated in the Irish market since 2004 when it originally traded as VIVAS and later as Aviva. Aviva Health was at the time of its sale, the 3rd largest insurer in the market with 16% of the market share. GloHealth who was, up until then, the newest and smallest health insurer (Founded in 2012) had made great progress in its short life in attracting some of Ireland’s (and the world’s) most well known brands, such as Facebook, Dell, Boston Scientific, Airbnb and Apple. At the time of purchase GloHealth had 5% of the insured market. Aviva Health and GloHealth now trade as Irish Life Health.

Combined, Irish Life Health has a market share of 21%. Interestingly however, they also have they youngest insured population by a long shot and as such do not have the same claims pressures as the other insurers. 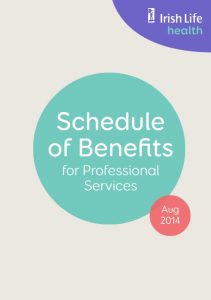